Poster advertising Edward Amets faked recreation of the battle of Manilla Bay, circa 1898 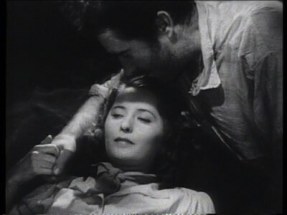 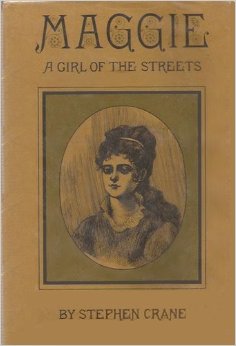 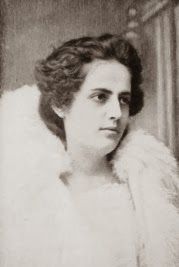 More about early war films  Filming, faking and propaganda: The origins of the war film, 1897-1902

and see On Spanish-American War Monuments and Rochester. And remembering the Buffalo Soldiers on Veteran’s Day

(Theodore Roosevelt in his Navy War Office. The phone rings.  He fumbles with the receiver, cursing and muttering)

Voice: Mrs. Penelope Davis of Richmond, Virginia to see you.  Back from her year in Paris.

Roosevelt: Send her in.

Penelope:   You are such the mind reader!  You must be a marvel at phrenology!  (She hands him a package as she holds her hand on her head.)

Roosevelt when serving as Assistant Secretary to the Navy

Roosevelt: And how was gay Paree?

Penelope: Absolutely wretched.  They made us sleep on feather beds; there wasn’t a stitch of buffalo meat to be had, and the only wild Indians I saw were selling postcards of the Eifel Tower.  You would have despised it.

Roosevelt: Well, perhaps shooting Frogs on the River Seine would have been good sport.  Although, it’s hard to aim while holding your nose.  (he holds his nose)

Roosevelt: What?  Dear God.  How bad is it?  Get back to me as soon as you know.

Penelope: What is it? Teddy, you look like you’ve seen a ghost.

Roosevelt: More like 250 of them.  The Maine has blown up in Havana Harbor.

Roosevelt:   The Maine was sent to Cuba to protect American citizens.  While you’ve been gone things have heated up.  (He goes to the War Department map)

Here’s Cuba, you see. Not more than two day’s sail from Florida.  Cuba is Spain’s last colony in the New World.  The Bourbon monarchy has been running the island into the ground for years.  The Cuba people have revolted. They’re tired of the Old World and I can’t blame them.

from Richard Harding Davis, The Cuban and Porto Rican Campaigns (1899)

Penelope: But to blow up the Maine.  All those innocent boys!

Roosevelt: We don’t know yet what happened.  But I wouldn’t put it past those syphilitic bastards.

Roosevelt: I feel as bad about those boys as you do.  But this means war for sure and I’m glad of it.  If the Navy has anything to say about it, America is about to become a world power.  Maybe the world power.  Cuba is in our backyard and we can’t stand for this.

Penelope: (interrupting) And talk on the telephone.

Roosevelt: (continuing) Nowadays we can’t go two miles without an automobile. It’s a generation of Nancy Boys.  Men who should be building their bodies spend all their time looking at stock ticker tapes. Buying, selling, buying, selling.  This war will revitalize us; cleanse us of that morbid love of self which serves no higher purpose than to parade down Fifth Avenue in a top hat.

Look at Richmond. It’s no different.  It’s been over thirty years since the south heard the rebel yell.  I may be a Northerner but it’ll be like Stonewall Jackson and Robert E. Lee come to life!

Roosevelt: (taking a pointer to the map).  He we are (pointing to Washington) and (moving the pointer) here’s Havana.  It’ll be war for sure and I’ll be damned if Teddy Roosevelt isn’t the first one there!

(the phone rings. Roosevelt jumps up, fumbles and mutters)

Penelope: (on her way out). Oh, Teddy come back in one piece and a hero.  (Roosevelt is distracted and gestures goodbye).  (Penelope gives one final glance).  I never use that contraption.  Now I see what the telephone is good for.  It rings and you’all jump!

Barack Obama speaking in the Roosevelt Room in the White House. Behind, portrait of Roosevelt as a Rough Rider in Cuba

In search of Julie Andrews at the George Hoyt Whipple Museum