Recently, the Rochester Democrat & Chronicle reported that Brighton is the best place to live in New York State. As seen in Pax Brightonia, we agree.

BELOW ARE SELECTED ARTICLES FROM Pax Brightonia (A – V)

An anti-racism vigil and Black Lives Matter signs in Brighton

Many voices against hate at the Twelve Corners

ARCHITECTURE (JUST ACROSS THE BRIGHTON BORDER) 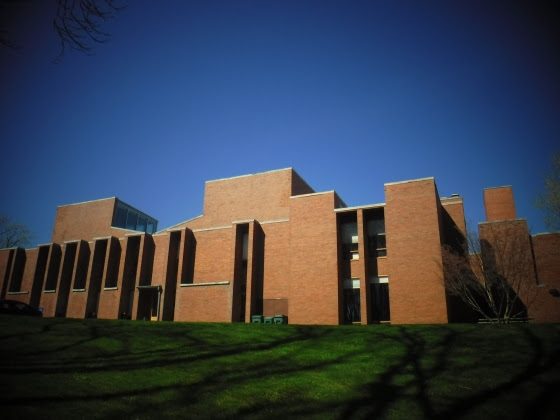 What is the connection between Beethoven and Meridian Centre in Brighton?

At the Brighton Town Hall 1957 mural with Sandra Frankel

Plein Air Painting at the Amos B. Buckland House in Brighton

This series comes to end: An eerie quiet at SUNY Empire State and Medaille Colleges in Brighton

An eerie quiet at McQuaid Jesuit High School in Brighton

Don’t cross until Steve says so

Introducing Patrick Boese, Brighton High School ’19, and The Top 10 People to Run for President and Lose

An MLK Day of symphonies, service and Sneetches at Hillel Community Day School

AMVETS saves the day at film shooting in Brighton; Talker pitches in.

Celebrating the Fourth of July at the Game at the Corners. And much more.

No Fireworks? Talker has you covered (ash and all)

Seminole Way in Brighton and the era of racial covenants

On the day to remember its fallen, Brightonian Slagana Avramoska Mitris reflects on what Memorial Day means to her.

A poem from former Degrad Jonathan Caws-Elwitt, BHS ’80. And advice to young writers.

Were rare coins in the Principal’s safe at Brighton High School, 1935?

“Motivated by the Audacity” Remembering 9/11 at Monroe Community College

Good Luck continues. And what the Torah says I should do. And the Mystic’s stick

A bike in Brighton unstolen for over 40 hours

Tom Kohn with some of Eugene Kramer’s collection to be displayed and sold at Bop Shop Records.

The Friends of the Brighton Memorial Library celebrate golden anniversary

Do you know what and where this is?

Do the troubled spirits of John and Irene walk the Brickyard Trail? Probably not. At the Brighton Library, Matt Bashore unveils the twists and turns of the crime and punishment

A ribbon cutting and the Pages of the Brighton Memorial Library

Read about Sutton Griggs at the Brighton Memorial Library

Offering volume to Salman Syed, Friends of the Library volunteer, 8/1/17

The Brighton Farmer’s Market is back. At the Game at the Corners, the boys and girls of summer hoping to play ball.

From Zimbabwe to Tokyo at the Brighton Farmers Market

After a virtual hiatus, the Get Some Balls! sale is actual. Buy now

A fond farewell to the Get Some Balls! sale in Brighton

What is a Meadowbrook Parade without the First U.S. Girl On The Moon?

Good Bye Monroe Post and thanks for the memories.

Hard core Hank is back in the Bop Shop line

Exotic animals once lived next to the Highland Crossing Trail

First November snowfall at the Highland Crossing in Brighton

New plaques in Town: Read all about it

During a dusting of May snow, revisiting the Highland Crossing Trail in Brighton

What should the trail behind Buckland Park in Brighton be named?

The inscribed brick pavers at Buckland Park in Brighton

More on how the Sandra L. Frankel Nature Park came to be

Ghosts MIGHT walk the beautiful Brickyard Trail in Brighton.

How do you make it to Carnegie Hall? Go to the Rochester Academy of Music & Arts!

The beginnings of a better Auburn Trail

Breaking ground on the Auburn Trail in Brighton

David Cay Johnston’s tireless pursuit of the facts: a conversation with Allison Bondi

David Cay Johnston with first copy of his new book The Big Cheat at his home. His shirt refers to Soquel High in Santa Cruz, Calif., where he attended.

Carol Kramer in the mid-1970s when she taught mathematics at Mercy High School.

Sid during his time as film critic for Channel 13’s 530 Magazine. Rochester Democrat and Chronicle, June 1, 1981.

Dr. Harold Pollack left Brighton as a conservative and returned a liberal

Talker’s foreign correspondent in Cambodia and the plaques in the Vietnam Veterans Memorial, Highland Park.

Eric Kemperman, Brighton High School ’81, is back in town and sledding!

From Brighton to LA: Andria Langston, a bright actress sharing her light with the world

Getting To Know Svet Radoslavof from Brighton; A Groundbreaking Hip Hop Violinist and Influential Figure In Music

I Was Racially Profiled In My Own Neighborhood Today. Again.

Nazareth College’s President Daan Braveman on defining moments and his own March on Washington, August 1963

A Boy and his BG: A Love Story (visual poem)

Rain out – no game

Who’s on first at the Game at the Corners? The Rabbi.

Brighton Town Supervisor Bill “Shohei” Moehle throws out first pitch, goes two for three with 2 RBI’s in the Game at the Corners

Leslie pines for her shrines

Why did the Faith Temple in Brighton give away free stuff?

Melaney Bernhardt of Brighton holds two signs, Freedom Over Fear and Honk For Freedom, joining a group of people on Massachusetts Avenue in Buffalo protesting against COVID health regulation mandates on February 12, 2022. The group met in the parking lot of a former Gander Mountain on Young Street, Tonawanda, to rally and then caravan to Pat Sole Park in Buffalo near the Peace Bridge to protest the COVID mandates. Part of the rally was in support of the truckers in Canada who shut down the Ambassador Bridge in Windsor, Ontario, Canada. The group headed first to Niagara Square before heading to Pat Sole Park and honked as they went by Buffalo City Hall and Buffalo Police and Fire Headquarters.
TINA MACINTYRE-YEE/ROCHESTER DEMOCRAT AND CHRONICLE

On the electoral road with Christine Corrado

On the electoral road with Rajesh Barnabas

On the electoral road with Robin Wilt

On the electoral road with Albert Blankley

On the electoral road with Patrick Reilly

The early birds get the worms. Signature gathering in Brighton

The First Presidential Yard Sign in Brighton in this Winter Snow

Memories of presidential visits on Election Day in Brighton

Which Presidential election mattered the most to you?

Election Day and in search of lawn signs in Brighton

“Day of the Dead” at the Mesquite Mexican Grill in Brighton

Catch the Sluggers at Meridian Centre Park in Brighton; Talker pitches in.

Brighton and East tip caps to each other at after the game. East Coach Kyle Crandall wished Brighton good luck as they advanced in the sectionals.

Wildcats strike out our undermanned Barons

Congratulations Barons on a magical season.

Working on the Chain Gang at Reifsteck Field

Encore for the Roc City Steelers at Buckland Park

Farewell Boys and Girls of Summer! Under-40 MVP smashes 5 home runs off Over-40 MVP in Sunday finale

On the boards and in the field, Wildcats continue to defeat Barons

“An early-spring renewal of the spirit” over 10,000 fungos later

Celebrating and social distancing in Brighton

The Boys and Girls of Summer complete 22nd season of the Game at the Corners.

Once again, charmed and challenged at the JCC CenterStage: Church and State

On Veterans Day at Buckland and Highland Parks. And the Moral Equivalent of War

Why I am rooting for the Patriots

On finding a Confederate grave in Spencerport with Andre Marquis (BHS ’81, UR ’86) from UC Berkeley