Another rally at the Liberty Pole Way. And Ferguson as I Saw It from George Payne

With Justin at MuCCC [Photo: Anette Ramos] see For Justin Delinois, all roads led to the Liberty Pole Way. And beyond.

In July at a Black Lives Matter rally at the Liberty Pole Way I hoped we would not have to be again so soon.

from On the Mount Zion Mass Choir’s fundraiser, Edison football summer practices and some city schools

see For Justin Delinois, all roads led to the Liberty Pole Way. And beyond.

Tonight at 6pm, Support, Love and Justice is holding a rally in response to the shooting in Charlotte, North Carolina.

After the July rally we offered a short reflection. Justin Delinois followed with a powerful account of his experience and arrest.  And so tonight Justin and I will be back at the Liberty Pole Way.

UPDATE: Given that the rally had just been planned the day before, the crowd was decently sized. At the event, I met Juan Carlos Collado, organizer and assistant at Special Parents, Special Kids. SPSK advocates for students with special needs and works against all discriminatory practices. Juan took the pics (except the one of him).

Below George Payne returns our attention to rallies two years ago in St. Louis and Ferguson, Missouri.

Ferguson as I Saw It from George Payne

Special thanks to the Fellowship of Reconciliation for assisting me with a place to stay in Ferguson. It is a memory that will never leave me. The passion for democracy that I witnessed in St. Louis and Ferguson was unforgettable. All photos by George. 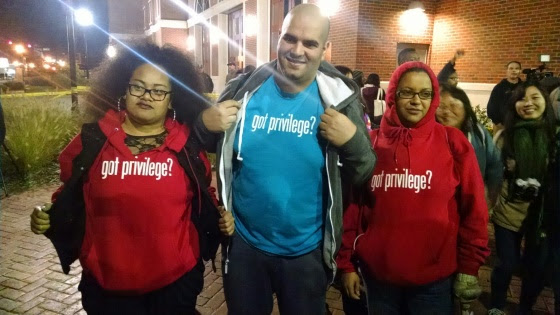 Protestors outside the Ferguson Police Station 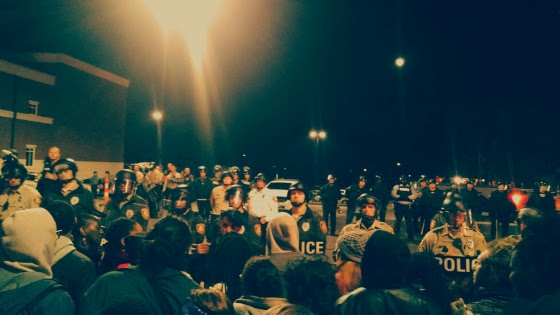 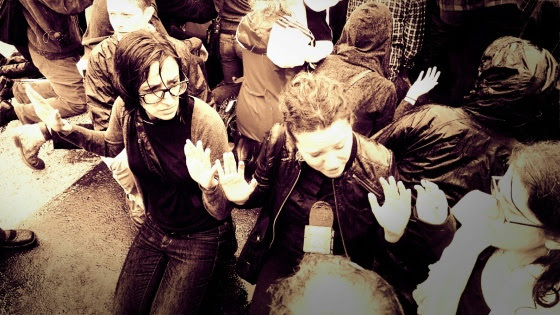 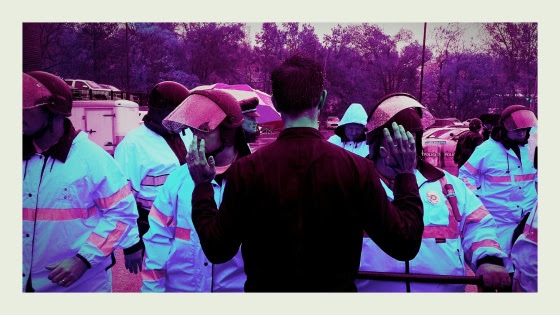 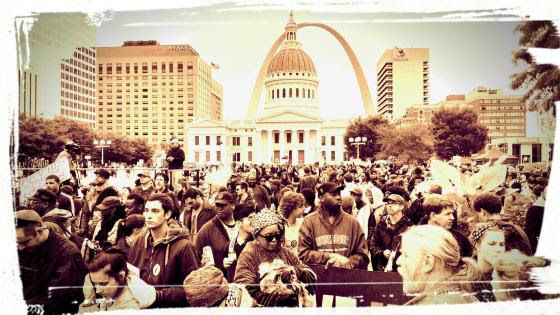 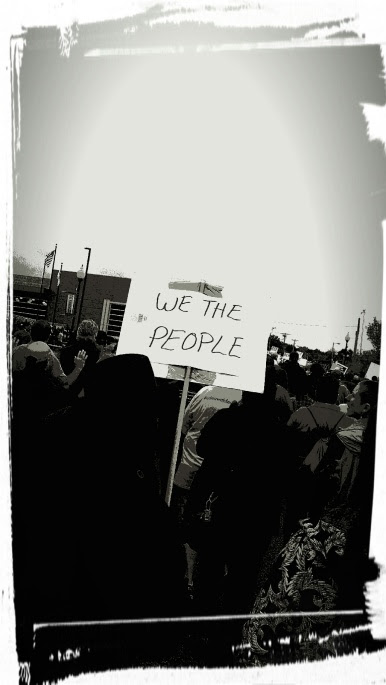 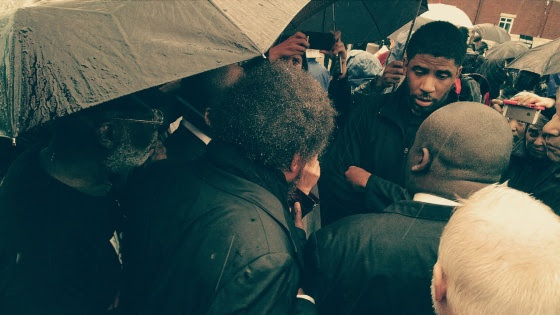 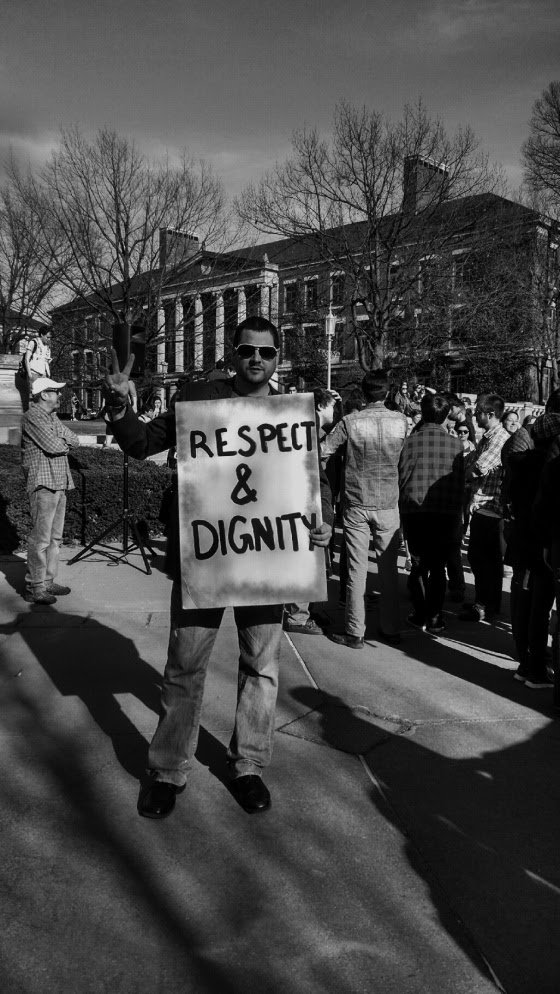 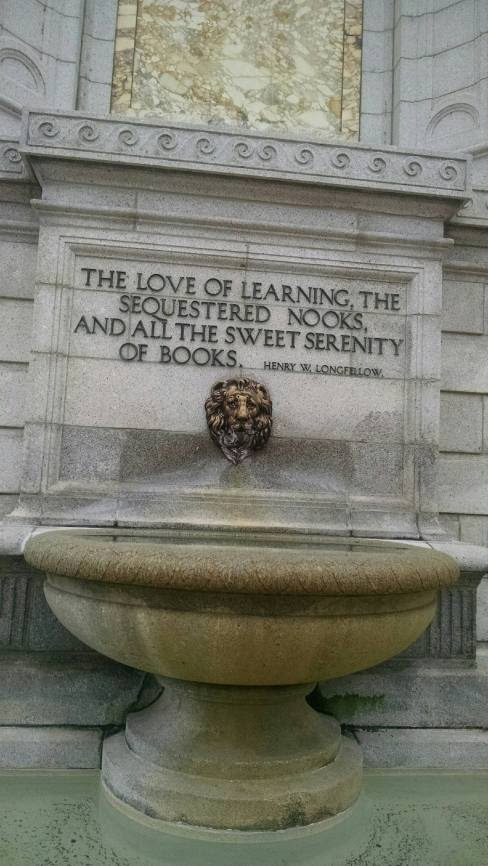 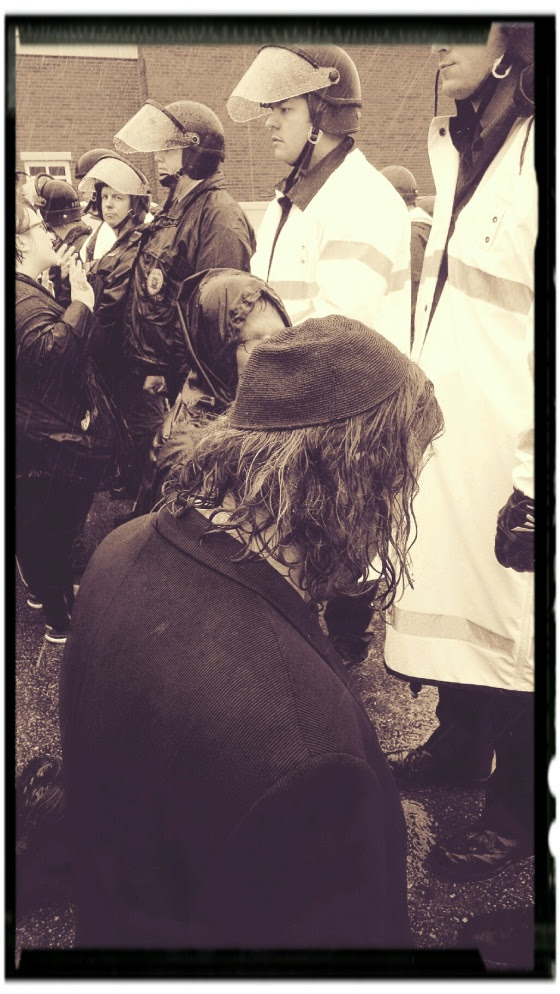 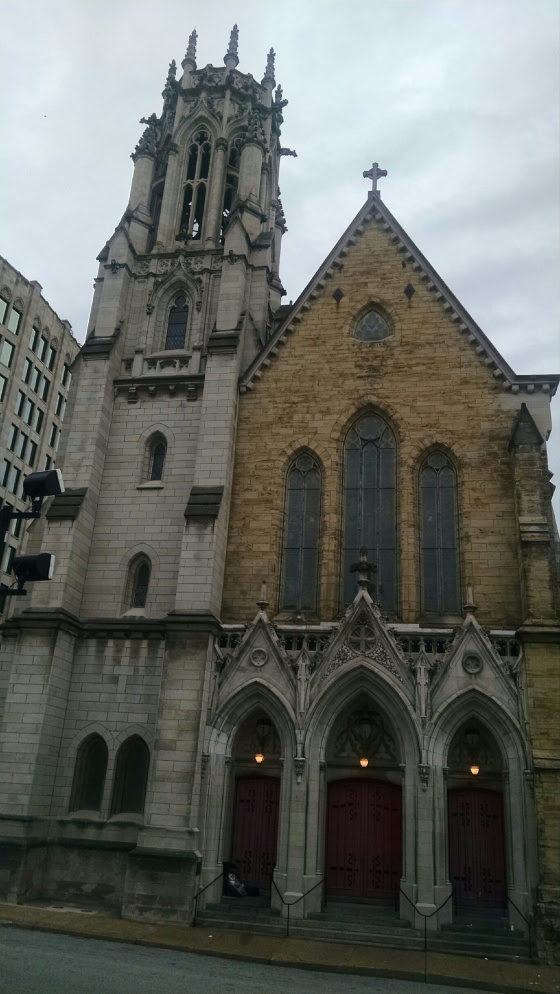 from Anticipating the Ferguson verdict

For Justin Delinois, all roads led to the Liberty Pole Way. And beyond.

Death past and present by Leslie Kramer

VILLA and the trashing of a movement